After tackling ALL THE WRITING in November (50k words for NaNoWriMo, another 25k words of extensive revision–and that was all on top of launching Mammoth), I promised myself plenty of reading time in December. My TBR pile was reaching approximately halfway to the sun, so it was time to catch up a little. Did I read as much as I hoped to? Of course not, because life happened and eyestrain is a hideous delight. But here’s some of what I did read. 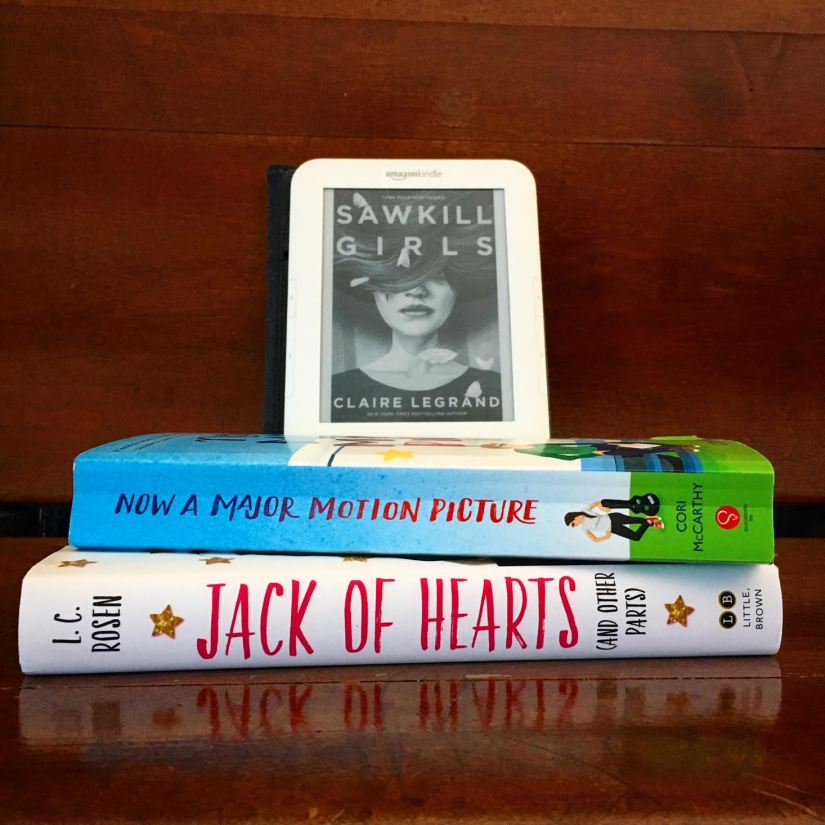 Jack of Hearts (and Other Parts) by L.C. Rosen: Jack is a gay teenager in NYC who writes an anonymous sex advice column online. When a secret admirer starts sending notes that get increasingly creepy and threatening, Jack has to figure out the truth before he’s forced to sacrifice who he really is. This book is incredibly bold, frank, and sex-positive. It tackles a lot of subject matter that YA fiction doesn’t typically reach, and Jack’s focus on consent and safety was powerful. Can we have a companion book that’s a compilation of Jack’s columns?

Now a Major Motion Picture by Cori McCarthy: I wonder if Kate McKinnon has any idea that she’s thanked in the acknowledgements of more than one YA novel published in 2018 (I also included her in Mammoth’s). This was an insta-buy as soon as Cori mentioned that it references Holtzmann from the 2016 Ghostbusters reboot. (One character has a Holtz tattoo. I also have a Holtz tattoo. I felt seen.) Seventeen-year-old Iris spends a few weeks with her little brother on the set of the troubled movie adaptation of their famous-author grandmother’s series of fantasy novels. I loved all the film-set details like the daily sides, and the story’s characters were diverse and authentic. There was some great commentary on feminism, too, especially from director Cate Collins.

Sawkill Girls by Claire Legrand: I was in the mood for something darker, and this story of three girls coming together to battle a mysterious evil delivered. So much of the language is darkly lush and gorgeous, like this quote about Marion from the first chapter: “I’ll tell you what I’ve lost, she wanted to say, and then open up her chest so they could see the hollow pit where her heart used to live. It was stuck in a state of collapse, this pit–a tiny, organ-shaped singularity, sucking down the bleeding ravaged bits of who she used to be.” I savored those descriptions, and I enjoyed the connections that formed between the main characters. Also, there were moths. So many moths. As a crazy moth lady (I occasionally raise lunas and other moths), I knew I needed to read this book as soon as I saw all the moths on the cover art, and I was not disappointed.