After several heavy reads in a row, I was in the mood for something light and sweet and soft and summery. (Pleasantly summery, I mean. Not the twelve-month-long blast of ultimate humidity we have here in Florida.) The Summer of Jordi Perez (and the Best Burger in Los Angeles) by Amy Spalding beckoned like a cheerful rainbow beacon from my TBR pile, and it was just what I needed. 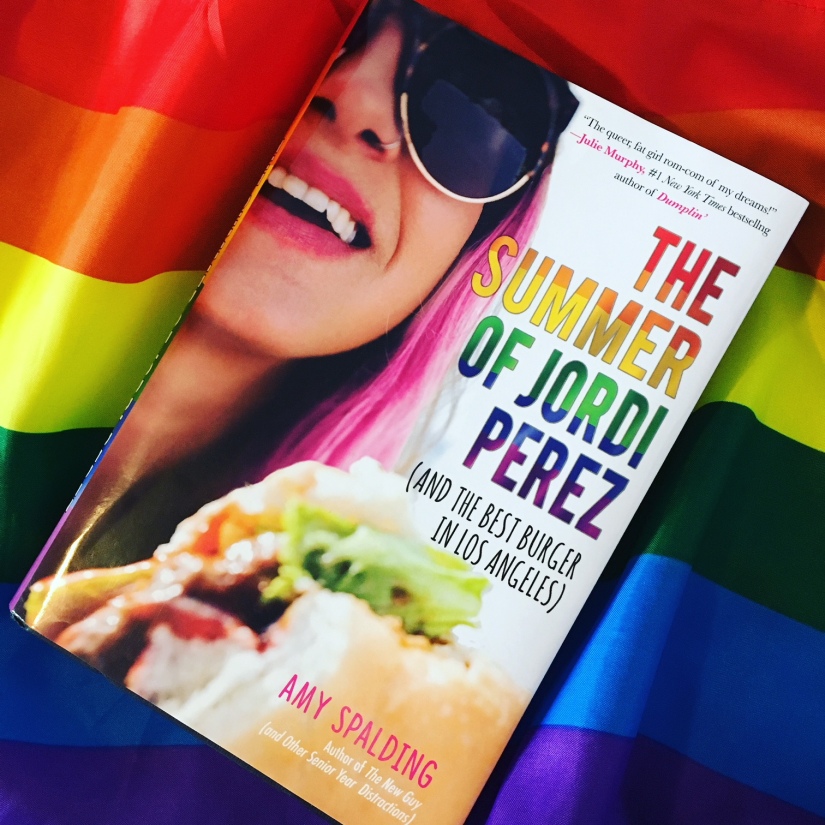 This story is practically the heart-eyes emoji in book form. Abby Ives takes a summer internship at Lemonberry, her favorite fashion boutique, with the hope of landing a paid position in the fall. Abby is fat and gay (and on both counts, the book contains some wonderfully positive representation), and while she’s super-confident in some ways, she also has some really relatable insecurities (example: she refuses to post photos of herself on her popular fashion/style Tumblr). When she learns she’ll be sharing the internship (and competing for that eventual job) with talented photographer Jordi Perez, Abby has to reevaluate her plans a bit — and things get even more complicated when she and Jordi start dating.

How could I not love this story? 2018 seems to be the Year of the Fashion-Forward Fat Girl (my own Natalie in MAMMOTH is also a fat fashion blogger, and I think she and Abby could hang out and talk shop for HOURS), and I am living for it.

So here we go! Five things I love:

1. The Los Angeles setting. The detail was fantastic and vivid, from the June Gloom to the Grove to evening movies at Hollywood Forever Cemetery. I’ve only been to L.A. once, but now I want to go back and do a Jordi Perez Grand Tour.

3. The unlikely friendship that develops between Abby and Jax, a bro who’s collecting data for his dad’s new restaurant-rating app by testing every burger place in the city. I kept expecting Jax to be a jerk, but I ended up appreciating his goofy sincerity most of the time.

4. The details behind the food photography featured on Abby’s mom’s blog. Eyeliner “grill marks” on a turkey burger! Fruit sprayed with deodorant! I’ve been fascinated by that kind of thing ever since I learned that the “milk” in cereal commercials is sometimes Elmer’s Glue.

5. Abby’s line after her first kiss with Jordi:

My heart. ❤ I couldn’t have asked for a sweeter summer read.